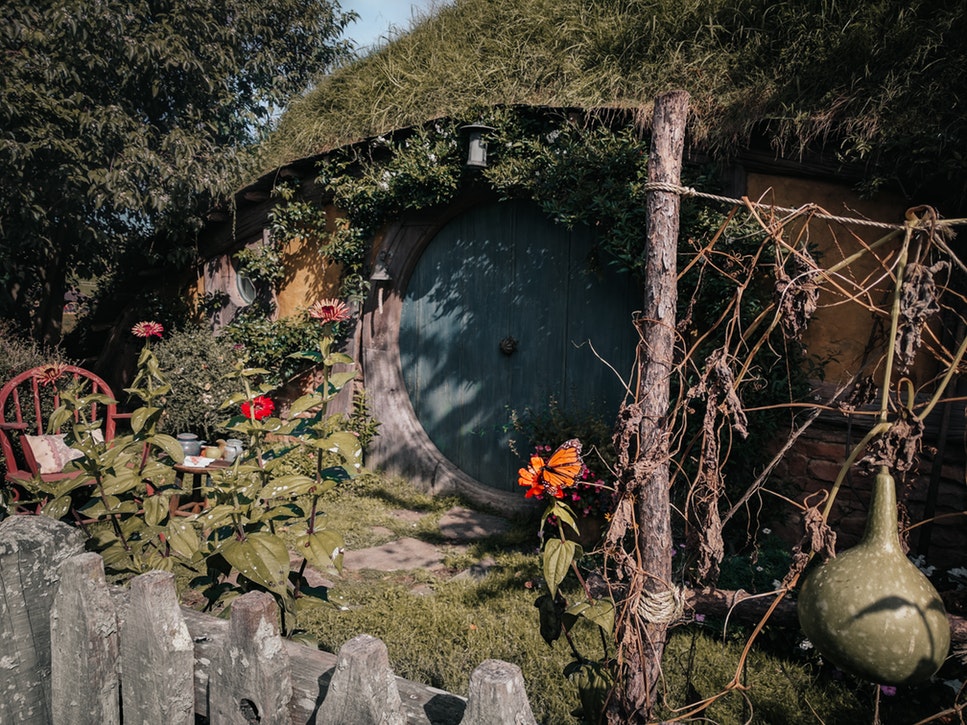 If there is anything which truly quickens my heart; anything which sets me weeping with that rare, grave and serious joy; anything with which I am deeply and madly in love, it is the compelling, unshakeable, unspeakable world in which truth and fantasy collide.

This is something I have long felt, and I think the time has come for me to attempt a poor explanation.

There is first a joy that came to me amidst Oxford spires, as I plied apart logical puzzles, sifting through premise by premise, meticulously tuning my mind to the perfect pitch of truth. There was a joy that came in feeling that irking mental nudge, sensing that something in the lines was not quite consistent; that some small trickery or equivocation had choked and sullied the fine-grained exactitude which every piece of truth demands. Weeding out error – tweaking it into perfect validity – this was something I felt worthy to be called a passion.

Then there was a second joy that came to me as I sat in an old fishing boat under the vast, starry Mozambican night, heart gripped by visions of distant epics; tales of great importance that far outreached the reality of small specks of light on a black canvas. When I watched great, mythological battle scenes, faraway lands, imagined ancient times, this seemed an even higher passion, and an even truer love.

I felt that I could spend my life as maddened philosopher, raging against the tiniest pinprick pains of inaccuracy. I also felt that I should like nothing more than to be visited by some magical creature in the night, who told me of some important quest in a distant kingdom, where good and evil fought each other as faerie princes and wolvish beasts. Such it was that I loved both libraries and stars, both thinking swords an inefficient weapon and gruesome assault to pacifist convictions, and wanting nothing more than to try one on a dragon.

It was a third joy, beyond either of these two, which taught me a truly worthy object of ‘passion’. This was the joy of colliding these worlds; the realisation that in God, in Christ, the fantastical becomes more deeply logical than all attempts at realism thereto. This is not a matter of letting one’s hair down; of abandoning deduction to embrace a confused liberty, but a liberty at least. Rather, it is a world of clarity only dreamed of by the logician, and colour only dreamed of by the storyteller. A world which rages against the senselessness of theological error, yet recognises that the meticulously true theology, in all its seriousness and precision, points to an ancient Kingdom of God, full of unimaginable and immortal creatures, battles, redemptions and sacrifices.

It is no small blessing to have one’s deepest passion thoroughly addressed by history’s greatest articulators. But sometimes it happens, and this is just the luck I have found. On the 22nd of September, the birthday of myself, Bilbo and Frodo Baggins, C.S. Lewis recounted to a friend a discussion he had enjoyed two days prior, in the beautiful grounds of Magdelen College, Oxford. There, he had spoken to Tolkien and Dyson of myth, producing a far more stunning expression of these sentiments than I ever could.

Here is where I will add their insights, and any other insights I find to echo them.

“This is the marriage of heaven and earth: Perfect Myth and Perfect Fact: claiming not only our love and our obedience, but also our wonder and delight, addressed to the savage, the child, and the poet in each one of us no less than to the moralist, the scholar, and the philosopher.” – Lewis

“We have come from God, and inevitably the myths woven by us, though they contain error, will also reflect a splintered fragment of the true light, the eternal truth that is with God. Indeed only by myth-making, only by becoming ‘sub-creator’ and inventing stories, can Man aspire to the state of perfection that he knew before the Fall. Our myths may be misguided, but they steer however shakily towards the true harbour, while materialistic ‘progress’ leads only to a yawning abyss and the Iron Crown of the power of evil.” – Tolkien

“In the enjoyment of a great myth we come nearest to experiencing as a concrete what can otherwise be understood only as an abstraction. When, for example, we read of Arwen’s great gift and sacrifice to (and for) Aragorn we are moved by it. We experience it rather than think it or know it. We taste it. But the thing that we taste is not a concrete reality but a universal principle. We can, of course, name it but when we do so the myth collapses into allegory. It is only while receiving the myth as a story that you experience the principle concretely.” – Lewis

“To be truly Christian we must both assent to the historical fact and also receive the myth (fact though it has become) with the same imaginative embrace which we accord to all myths. The one is hardly more necessary than the other.” – Lewis

“Now what Dyson and Tolkien showed me was this: that if I met the idea of sacrifice in a Pagan story I didn’t mind it at all: again, that if I met the idea of a god sacrificing himself to himself . . . I liked it very much and was mysteriously moved by it: again, that the idea of the dying and reviving god (Balder, Adonis, Bacchus) similarly moved me provided I met it anywhere except in the Gospels. The reason was that in Pagan stories I was prepared to feel the myth as profound and suggestive of meanings beyond my grasp even tho’ I could not say in cold prose ‘what it meant’. Now the story of Christ is simply a true myth: a myth working on us in the same way as the others, but with this tremendous difference that it really happened.” – Lewis

“Pure ‘Northernness’ engulfed me: a vision of huge, clear spaces hanging above the Atlantic in the endless twilight of Northern summer, remoteness, severity … and almost at the same moment I knew that I had met this before, long, long ago (it hardly seems longer now) in Tegner’s Drapa, that Siegfried (whatever it might be) belonged to the same world as Balder and the sunward-sailing cranes. And with that plunge back into my own past there arose at once, almost like heartbreak, the memory of Joy itself, the knowledge that I had once had what I had now lacked for years, that I was returning at last from exile and desert lands to my own country; and the distance of the Twilight of the Gods and the distance of my own past Joy, both unattainable, flowed together into a single, unendurable sense of desire and loss, which suddenly became one with the loss of the whole experience, which, as I now stared round that dusty schoolroom like a man recovering from unconsciousness, had already vanished, had eluded me at the very moment when I could first say It is. And at once I knew (with fatal knowledge) that to ‘have it again’ was the supreme and only important object of desire.” – Lewis

“Now the story of Christ is simply a true myth: a myth working on us the same way as the others, but with this tremendous difference that it really happened: and one must be content to accept it in the same way, remembering that it is God’s myth where the others are men’s myths: i.e., the Pagan stories are God expressing Himself through the minds of poets, using such images as He found there, while Christianity is God expressing Himself through what we call ‘real things’.” – Lewis

And this, flawless extract from Tolkien’s ‘Mythopoeia’:

“He sees no stars who does not see them first
of living silver made that sudden burst
to flame like flowers beneath the ancient song,
whose very echo after-music long
has since pursued. There is no firmament,
only a void, unless a jewelled tent
myth-woven and elf-patterned; and no earth,
unless the mother’s womb whence all have birth.

The heart of man is not compound of lies,
but draws some wisdom from the only Wise,
and still recalls him. Though now long estranged,
man is not wholly lost nor wholly changed.
Disgraced he may be, yet is not dethroned,
and keeps the rags of lordship one he owned,
his world-dominion by creative act:
not his to worship the great Artefact,
man, sub-creator, the refracted light
through whom is splintered from a single White
to many hues, and endlessly combined
in living shapes that move from mind to mind.
Though all the crannies of the world we filled
with elves and goblins, though we dared to build
gods and their houses out of dark and light,
and sow the seed of dragons, ’twas our right
(used or misused). The right has not decayed.
We make still by the law in which we’re made.”