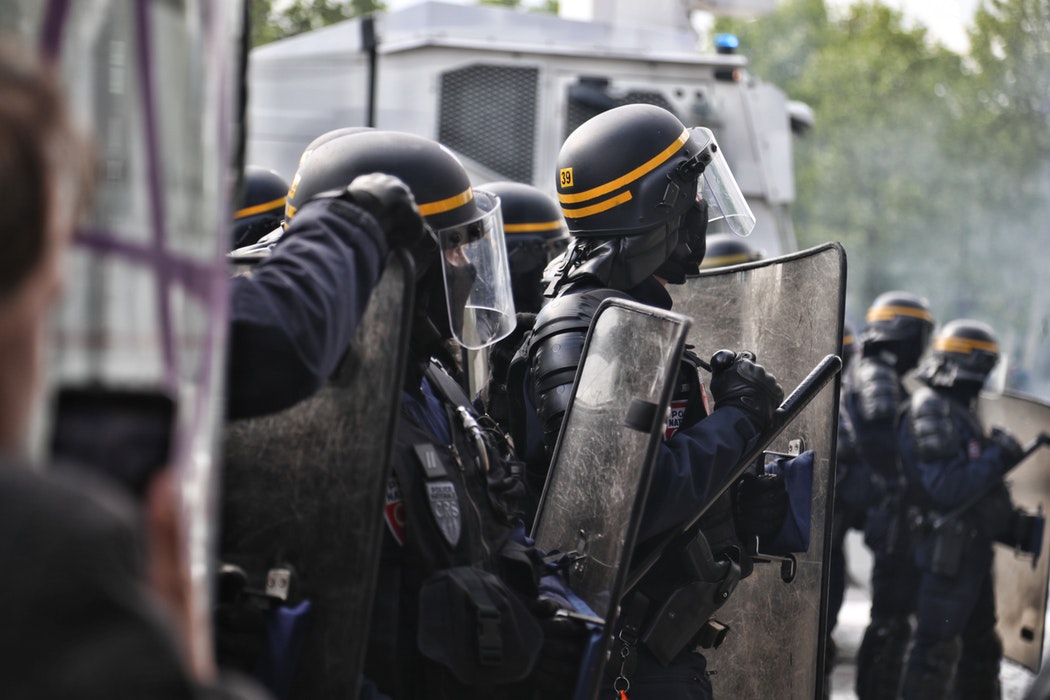 This little series of posts will deal with eight bewilderingly unjust features of the American justice system. While the content is extensive, the burden of proof is not too heavy: many of these features are plainly unjust, with little good literature around to vindicate them. My hope is to discourage a blind or sturdy faith, particularly among privileged classes, in the justice system to which so many of our moral and social duties are deferred. This system not only frequently defaults, but often actively works against its mission, purveying injustice directly.

In a bail system, a prisoner can be released from custody prior to their court date in exchange for payment, with more serious crimes requiring higher bails. If bail is not paid, the suspect sits in jail, often for months at a time. If it is paid, it is often no small feat: the median bail in California sits at $50,000.

Bail explicitly privileges wealthy suspects over poor suspects, and as a result directly obscures justice. Moreover, it wholly denies a central principle of legal justice, which is innocence until guilt is proven. In a bail system, one is innocent until proven guilty so long as one is able to pay. As a result, a wall street cat can walk free prior to his court date, even if ultimately guilty of a very serious crime, while an innocent beggar can be locked up for extended periods. This surely makes no sense at all. A man should walk free on the simple basis that, in the eyes of the law, he has done no wrong. And if his suspected crimes are too dangerous to take that risk, then the details of his bank account should make no difference at all. Equality in this regard is paramount.

One might object that the heroism of the bail bondsman renders all this redundant. The bail bondsman is always on hand to pay 90% of one’s bail, as long as the suspect offers 10% himself. But first, 10% of a bail fee is often in the thousands, which many cannot afford at all. Second, if you turn out to be innocent, the bondsman still keeps your 10%, whereas the wealthy man will have 100% of his bail returned to him by the court. This means you either pay sizeable sums for no crime at all, or sit in jail for no crime at all, simply because you are too poor. Third, if you are guilty, the same applies: you lose your 10% permanently to the bondsman, while the wealthy man has the full sum returned. This unambiguously entails that the poor man is punished more harshly for an identical crime. The injustice is beyond dispute.

One might also object that bail ensures that defendants attend their trials, in order to receive repayment. Yet, the evidence for this has traditionally been unclear, and this makes sense. If you use a bail bondsman, you are not incentivised to return because you lose your 10% either way. If you are wealthy enough not to use a bail bondsman, you may also be wealthy enough to sacrifice your bail entirely. So, if the incentive to attend court really did stem from bail, it would only affect the middle income bracket. And for this middle income group, there are far more pressing reasons to attend court anyway. No-shows are essentially condemned to a life as ‘wanted’, and anything from a broken tail light to a hospital visit could see them in deep waters. If a middle-income individual is already willing to downgrade their status to outlaw, they are probably also willing to forgo their bail.

Moreover, and more pertinently, there is little use in pointing to the advantages of something which is inherently unjust. Even if removing bail would be impossibly expensive, and even if court attendance rates took a massive hit, it would still be unacceptable for the state to perpetuate an explicitly unjust practice.

Bail is the first topic in this series for good reason: it accounts for over 50% of the American prison population, who cost $14 billion annually to house, as they sit behind bars, losing their jobs, defaulting on rent, risking child custody, and failing to support dependants. In this way, a system founded on expressly and obscenely unjust principles destroys lives daily. It needs to end – as quickly as possible.

Plea bargaining, like bail, exists all over the world. Simply put, it involves a defendant agreeing to plead guilty in exchange for certain compromises from a prosecutor.

This is unjust for the simple reason that it incentivises – often strongly incentivises – people to plead guilty to things they didn’t do. This is particularly true if they are too poor to acquire a proper legal defence or stand against a wealthy prosecutor. This is straightforwardly bad, sullying the justice system with fear-based incentive to obscure truth, simply in order to obtain some other, non-justice-related goal, such as avoiding a lengthy trial. Accused parties should be encouraged to plead guilty only ever on the basis that they are guilty, and never on the basis that it might obtain for them some other end, like a lower sentence. The state allowing such practices is a clear admission from the state that pleading guilty to a crime is something more than just a truth-oriented matter. This should never be so.

Plea bargaining also hugely widens the scope for coercion and deception. Prosecutors are incentivised to exaggerate threats to the defendant’s welfare, prompting them to admit to things they didn’t even do, in fear of horrific consequences. One author, Lanbein, famously argued that the difference between medieval torture and American plea bargaining is “a difference of degree, not kind”. Both provide unreasonably strong reasons to confess to a crime, independently of whether or not that confession would be true. Even a simple Prisoner’s dilemma matrix shows that plea bargaining disrupts incentives in favour of confession, regardless of guilt. It also shows that plea bargains give guilty defendants a strong incentive to falsely accuse innocent parties. This, too, is an obstruction to justice.

Finally, defence attorneys often receive no further financial remuneration if a case goes to trial, which incentivises them to accept plea bargains even on behalf of innocent clients. Similarly, he may not wish to risk losing a public trial, further incentivising him to settle cases privately, though innocent suspects will suffer for it.

In countless ways, plea bargain systems are an obstruction to justice. The solution is simply to ban them.

Note: For more on bail, hear this 18 minute podcast from Romer and Rose.